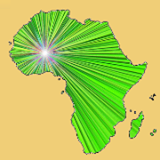 Hoping to resume regular posting here soon. Have been busy with other concerns and other projects.

There is always much to write about concerning a topic as wide and interesting as the one this blog attempts to address - African languages in the information society.* Which is to say that there are numerous active topics and trends at any given time, as well as a few older but enduring issues, and usually more than one angle to approach each. Many of these are, I believe (as a non-African), important to discuss in the public space. Some are just fun to explore.

Blogging is, in my experience at least, a peculiar kind of writing exercise. It is neither journalistic nor academic in any formal sense. And with a few exceptions like the present post, I am not that comfortable with it slipping into the zone of entirely personal reflection, like an online diary or journal. But it can have elements of all three (newsiness, scholarship, and personality).

Writing regularly on Beyond Niamey, which I only did for brief periods until the 3 years from late 2014 to late 2017, both consumes time and energy, and generates energy. Time is the critical limiting factor in that equation, as it must of course be shared with other important activities.

There is also another limiting factor that intervenes periodically in any creative enterprise, and that is when the perpetual motion machine of writing both taking and generating energy just needs a break. I don't want to make too much of that, since this is only a blog (or actually one of two I write), and not a major writing project, but it is real. Part of that relates to re-tuning the vision - after writing a while you are not in the same place, of course, and you may not even be along the same line you had imagined when setting out. Some ideas in the hopper, as it were, don't seem to have the same allure or urgency. Some others do, but also require a lot more time than available, and a few of those because issues are complex (and not so easily divided into bite-sized portions). Time for reflection is needed.

But often intervening factors - the need to attend to other matters - are are the main reason for pauses in the blog. Most recently those included some personal transitions (including a move) and other writing projects (more about those another time).


Without committing myself to too much at this point (never good to overpromise), my hope is to post some short items and then to bring out some longer pieces that have been in draft for shorter or longer periods.

On the latter, for me writing, and the researching that goes into it, inevitably generates tangential avenues. Sometimes those are of sufficient interest to pursue at least to a certain point, with the hopes of bringing them to a conclusion. Some "present" themselves at a later opportune time (serendipity to have begun work already), but others require deliberate intent and effort to locate, resituate, and complete (have quietly doing this with a few side projects over the last couple of years).

Another need that others have brought up as a question at various points, is to return to various items in African Languages in a Digital Age (ALDA), in particular those discussed in the conclusion. That issue, and the future of ALDA as a book, are matters to discuss in another post.

Finally, a major consideration that is that this year, 2018, marks 40 years since the 1978 Niamey conference on transcription and harmonization of African languages. I had hoped that a follow-on meeting could be organized this year, but that did not work out. So I would like to take some time to consider the meaning of that meeting (and the series of expert meetings it was part of) for the future of written African languages.
* I interpret "African languages" fairly narrowly, and "information society" fairly broadly. That is, languages native or "indigenous" to Africa, including creoles, and those "indigenized" by generations of use by African populations (specifically Afrikaans, Arabic, and Malagasy). Europhone languages established on the continent, and languages brought from other regions are of secondary interest. In other words, the linguistic focus is more "African languages" than "languages of Africa." As for "information society," one could argue that that describes the contemporary condition anywhere, at least indirectly if not directly.
Posted by Don at 11:48